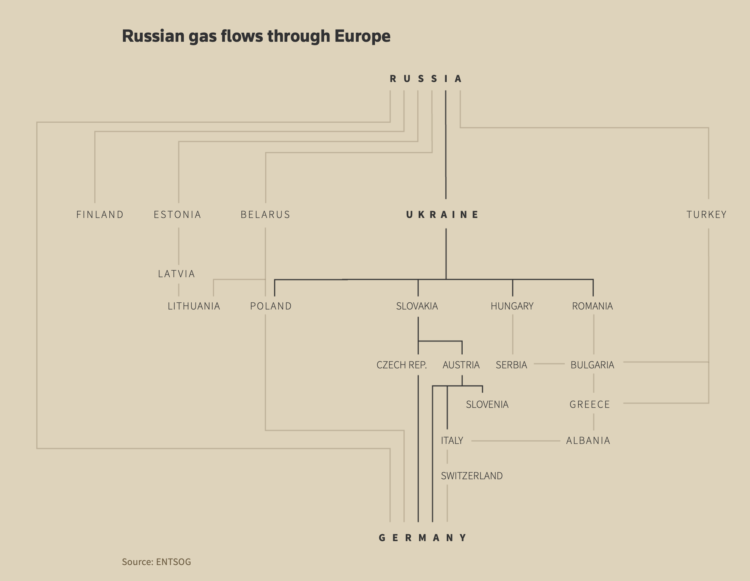 With its abundant gas reserves, the proximity of its oilfields and an extensive existing pipeline network, Russia dominates the EU’s gas market at about 38% of total supply. Norway, the bloc’s next largest source of natural gas, accounts for half that, just 19% of the market.

The interdependence between Europe and Russia is likely only to deepen with the new Nord Stream 2 pipeline set to double the direct supply of natural gas from Russia to Germany under the Baltic Sea. That is, of course, unless the crisis in Ukraine threatens Nord Stream 2’s regulatory approval process, a potent threat that could scrap the whole project, which the United States and Europe have wielded during negotiations.