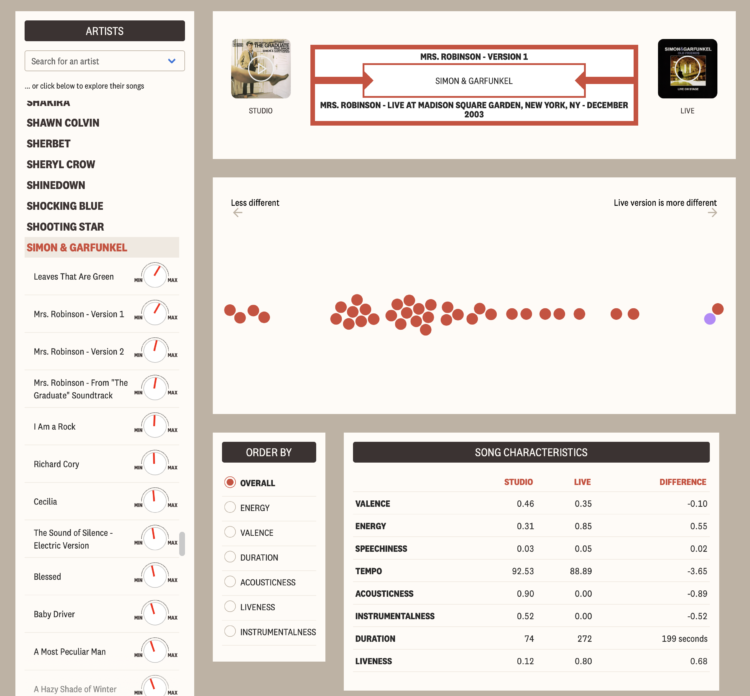 For The Pudding, Kat Wilson and Kevin Litman-Navarro quantified these differences between studio and live versions. The result is the Live Music Jukebox, which lets you pick an artist and see which songs differed the most.

I was just lamenting over returned concert tickets from 2020. I guess this’ll have to do for now.