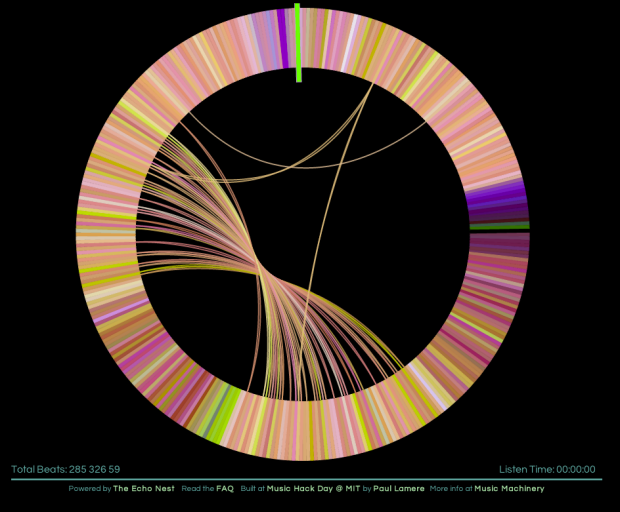 You know those songs that you love so much that you cry because they’re over? Well, cry no more with the Inifinite Jukebox by Paul Lamere. Inspired by Infinite Gangnam Style, the Infinite Jukebox lets you upload a song, and it’ll figure out how to cut the beats and piece them back together for a version of that song that goes forever.