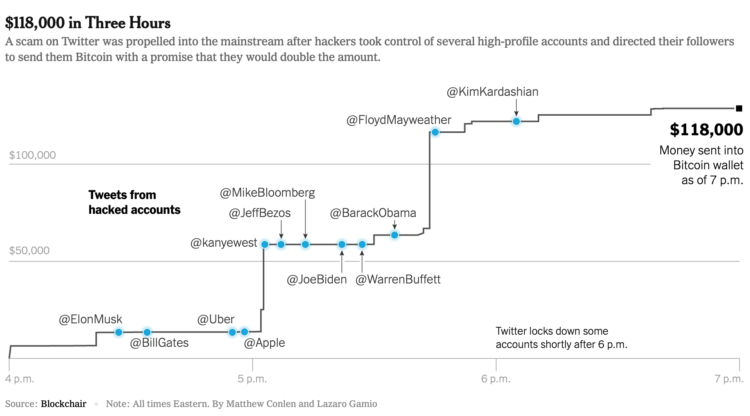 Twitter was hacked yesterday. Over a few hours, prominent accounts were tweeting that they were feeling generous during these times, and that if you sent them Bitcoin, they would send double the amount back. For The New York Times, Matthew Conlen and Lazaro Gamio show the Bitcoin scammed as more tweets flowed in.