Where unemployment benefits are higher than lost wages 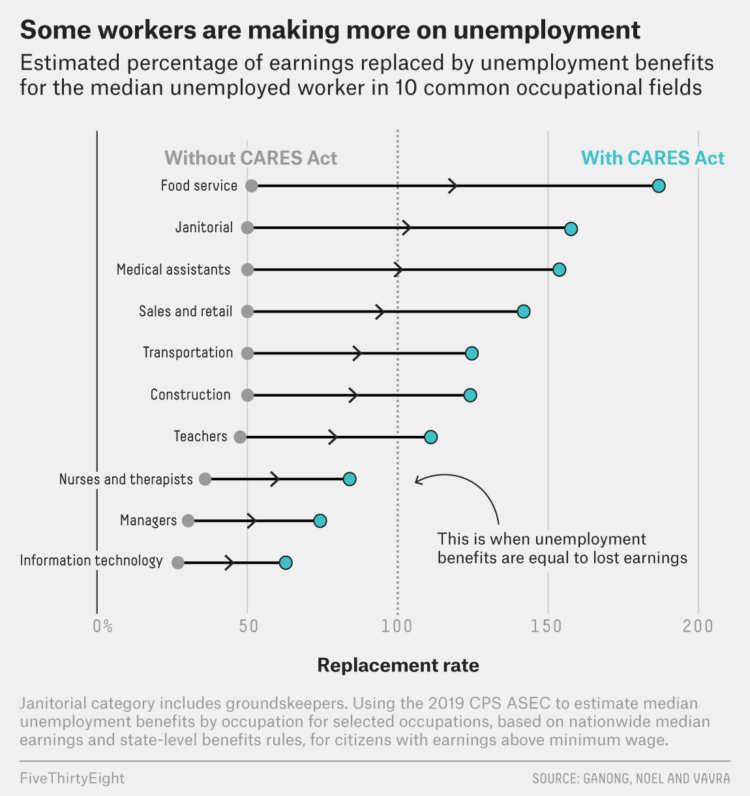 Economists at the University of Chicago analyzed unemployment benefits from the CARES act and compared them against median salaries for different occupations and by state. FiveThirtyEight highlighted the differences:

The researchers uncovered other kinds of inequality, too. In some professions, like janitorial work, people who are employed by essential businesses are continuing to show up to their jobs under hazardous conditions. But in doing so, they may be eligible for less money than janitors who have been laid off or furloughed by a nonessential business. In an ideal world, Ganong said, the people who have kept working at hospitals or grocery stores would be receiving some kind of hazard pay. “But that’s generally not the reality, which means there’s a weakness in the current system,” he said. “We’re giving more money to certain workers to stay home than to other workers who are putting themselves at risk by going to work.”

I don’t know the right answers to any of this, but it underscores the difficulties of making decisions based on averages. The system is built for simplicity and basic values. How do we adjust or rebuild the system for real-world variation and distributions?