Unreliable gun data from the CDC 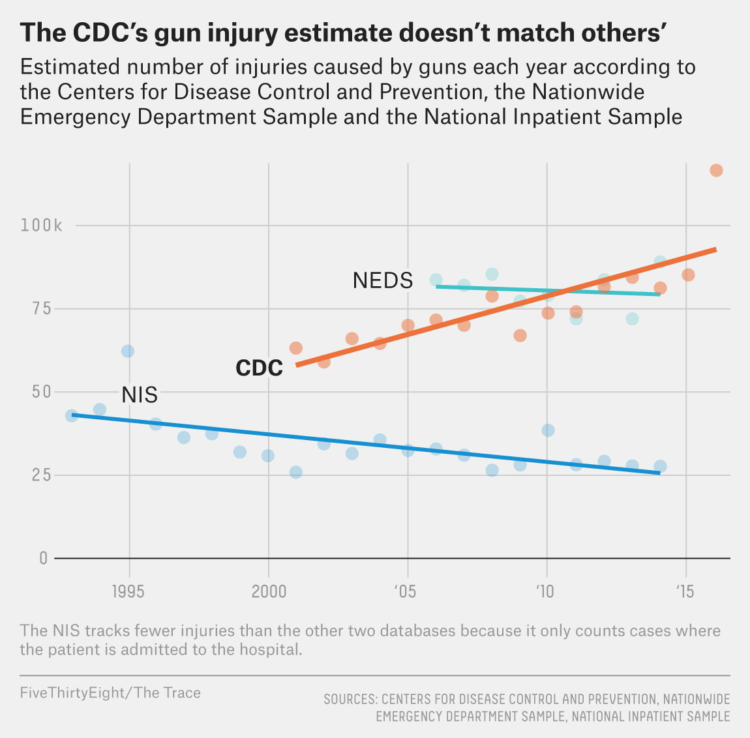 FiveThirtyEight and The Trace investigate the uncertainty and accuracy of gun injury data released by the Centers for Disease Control and Prevention:

An analysis performed by FiveThirtyEight and The Trace, a nonprofit news organization covering gun violence in America, found that the CDC’s report of a steady increase in nonfatal gun injuries is out of step with a downward trend we found using data from multiple independent public health and criminal justice databases. That casts doubt on the CDC’s figures and the narrative suggested by the way those numbers have changed over time.

It might be time to update the statistical models used to estimate injuries.