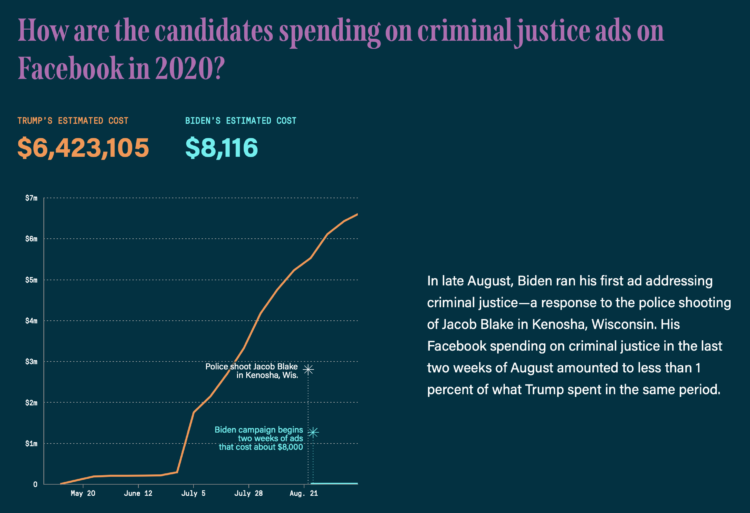 Our analysis found that of the $82 million Trump’s reelection campaign has spent on Facebook ads this year, $6.6 million paid for ads about crime and policing—a top focus of his Facebook campaign. Almost all of it came since George Floyd was killed by police in Minneapolis in May. More than one-third of those ad buys were aimed at key battleground states and many sought to persuade specific undecided voters, and married women in particular. The Biden campaign? It didn’t spend a cent on criminal justice ads on Facebook until late August, choosing instead to focus on the COVID-19 pandemic and economic recovery. Yet Biden had, during the Democratic primaries, articulated a more progressive criminal justice platform than any of his party’s recent nominees.