The rise and plummet of the name Heather 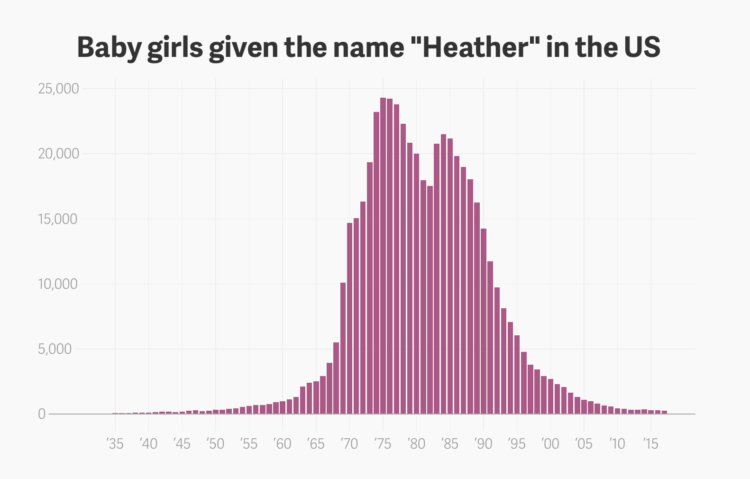 Hey, no one told me that baby name analysis was back in fashion. Dan Kopf for Quartz, using data from the Social Security Administration, describes the downfall of the name Heather. It exhibited the sharpest decline of all names since 1880.

Wattenberg says the rise and fall of Heather is exemplary of the faddish nature of American names. “When fashion is ready for a name, even a tiny spark can make it take off,” she says. “Heather climbed gradually into popularity through the 1950s and ’60s, then took its biggest leap in 1969, a year that featured a popular Disney TV movie called Guns in the Heather. A whole generation of Heathers followed, at which point Heather became a ‘mom name’ and young parents pulled away.”