Names in movies vs. real life 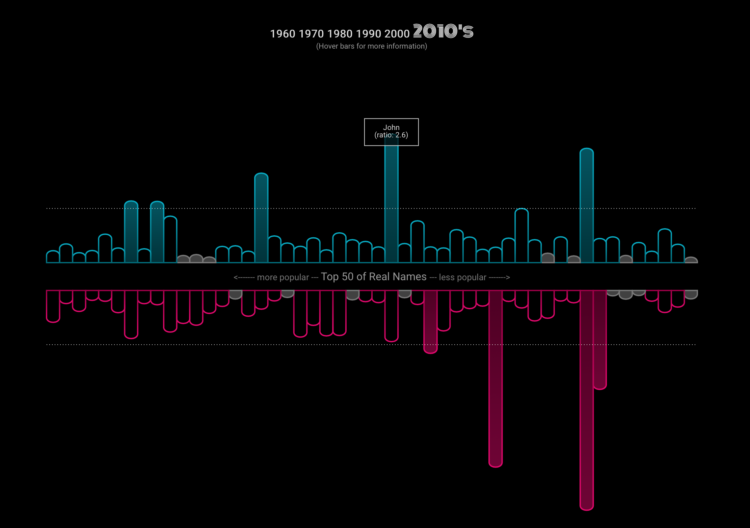 Here’s a fun spin on the name analysis genre by Mary Zam. She compared the distribution of names used in movies against names used in real life:

Thousands of babies are called Sophia or Abigail, Mason or Dylan every year. But writers do not rush to call the main characters with such names. According to the statistic, almost all of the top names are much less common in the film industry rather than in real life. Seems that they just don’t want to use too ordinary names in their scenarios.

However, there are always some exceptions from this rule such as Jack (up to x3), Maria (x3), Peter (x2) or Sarah (x4.5). But such names makes only about 5-10% of top each decade. On the other hand, there is a bunch of “cinematic” names such as Simon (20 times more often in movies & tv than in real life) and Kate (20 times more often) which you won’t find in the real life top lists.