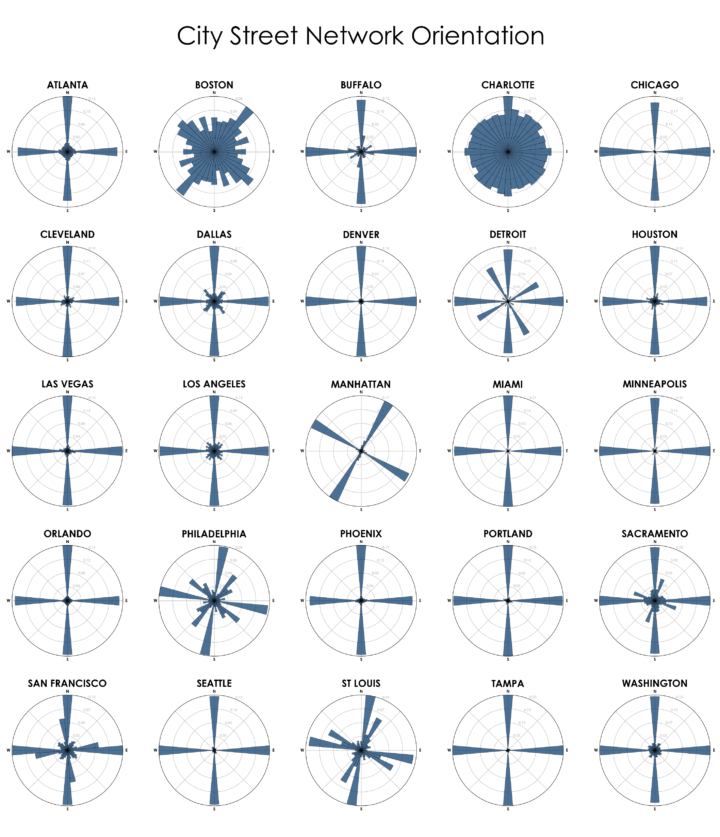 Each of the cities above is represented by a polar histogram (aka rose diagram) depicting how its streets orient. Each bar’s direction represents the compass bearings of the streets (in that histogram bin) and its length represents the relative frequency of streets with those bearings.

So you can easily spot the gridded street networks, and then there’s Boston and Charlotte that are a bit nutty. Check out Boeing’s other chart for orientation of major non-US cities.