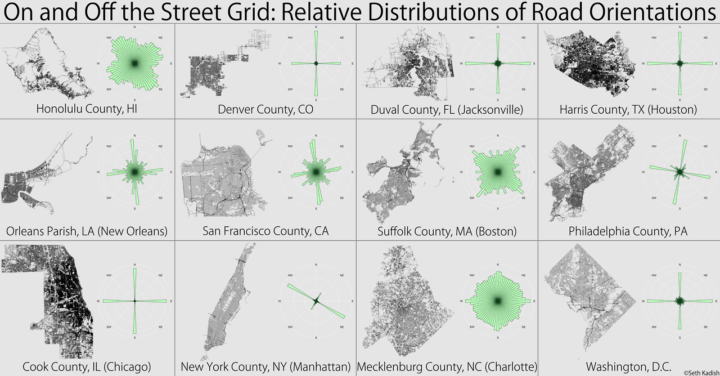 Seth Kadish looked at the road network of several major counties and estimated the directions the streets run. The result is a set of charts that shows which cities use a grid system and those that don’t.

If you’re like me, and you use the Sun to navigate, you probably appreciate cities with gridded street plans that are oriented in the cardinal directions. If you know that your destination is due west, even if you hit a dead end or two, you’ll be able to get there. However, not all urban planners settled on such a simple layout for road networks. For some developers, topography or water may have gotten in the way. Others may not have appreciated the efficiency of the grid. This visualization assesses those road networks by comparing the relative degree to which they are gridded.

Since the original, Kadish has added more counties and a handful of international cities.