Mapping a diverse but segregated America 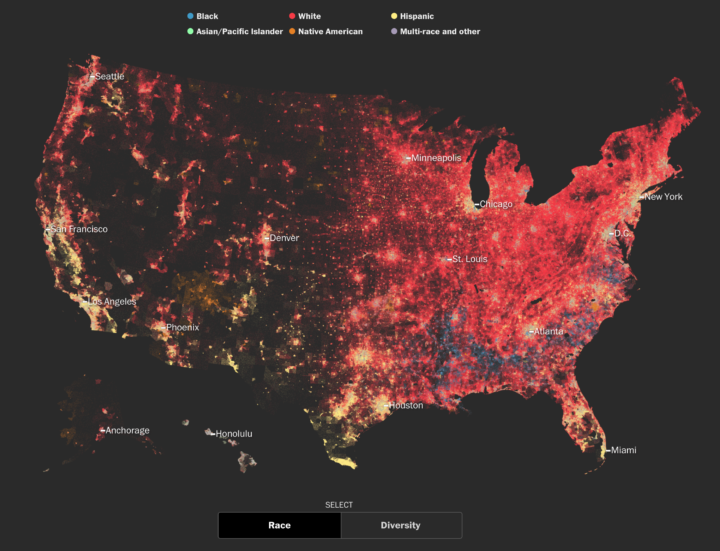 Aaron Williams and Armand Emamdjomeh for The Washington Post delve into diversity and segregation in the United States. The boiling pot continues to get more ingredients, but they’re not mixing evenly.

Some 50 years ago, policies like the Fair Housing Act and Voting Rights Act were enacted to increase integration, promote equity, combat discrimination and dismantle the lingering legacy of Jim Crow laws. But a Post analysis shows that some cities remain deeply segregated — even as the country itself becomes more diverse.

I like how you can easily toggle between diversity and segregation. It allows for a quick comparison of metrics that aren’t always clear-cut.

Scroll to the end to see how diversity and segregation compare in your area.