Parts of America that most resemble the future 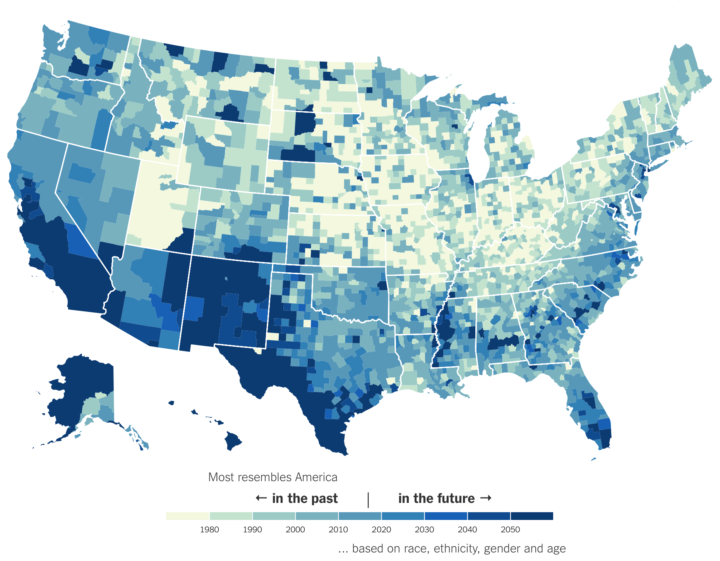 The Census Bureau released estimates for demographic breakdowns for each county — in 2060. With these estimates as the baseline, Niraj Chokshi and Quoctrung Bui for The Upshot compared it against current population estimates. The result is a map of counties most resembling the past, present, and future.

Clark County, which occupies that corner of Nevada, is the county that most looks like the United States of 2060 in terms of race, Hispanic ethnicity, age and gender, according to new data from the Census Bureau. It was followed by Contra Costa and Solano Counties in California’s Bay Area.

Kind of looks like the inverse of white percentages.