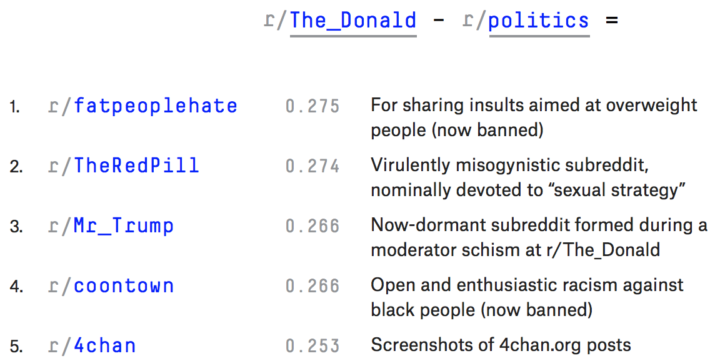 We’ve adapted a technique that’s used in machine learning research — called latent semantic analysis — to characterize 50,323 active subreddits based on 1.4 billion comments posted from Jan. 1, 2015, to Dec. 31, 2016, in a way that allows us to quantify how similar in essence one subreddit is to another. At its heart, the analysis is based on commenter overlap: Two subreddits are deemed more similar if many commenters have posted often to both. This also makes it possible to do what we call “subreddit algebra”: adding one subreddit to another and seeing if the result resembles some third subreddit, or subtracting out a component of one subreddit’s character and seeing what’s left.