One square mile in different cities 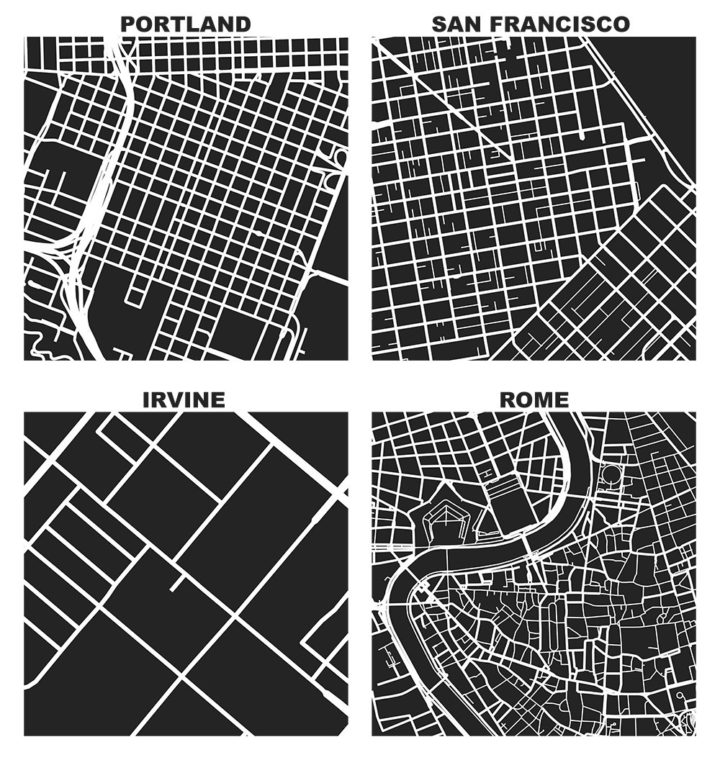 As part of his dissertation, Geoff Boeing generated these maps that show one square mile of road network in select cities.

To compare urban form in different kinds of places, these visualizations have depicted some downtowns, some business parks, and some suburban residential neighborhoods. These patterns also vary greatly within cities: Portland’s suburban east side looks very different than its downtown, and Sacramento’s grid-like downtown looks very different than its residential suburbs. These visualizations, rather, show us how different urbanization patterns and paradigms compare at the same scale.