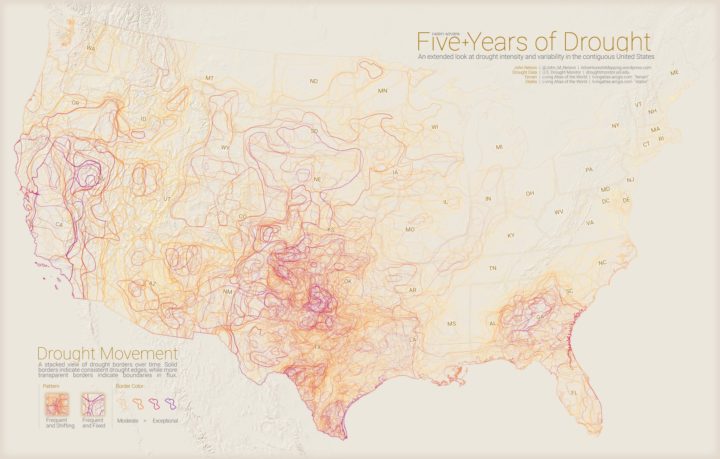 Drought continues to trudge along. My grass is just about dead, save a few hearty patches clinging on to the last few drops in the soil. Sad state of affairs it is. Drought is not static though. The boundaries move and the levels change, which is what John Nelson mapped in an overlay of five years of drought in the United States, based on data from the Drought Monitor.

We’ve seen this as small multiples and animated maps, but I like how this static boundary version gifts a sense of shift without actually moving.