The Statistical Atlas that Keeps On Going 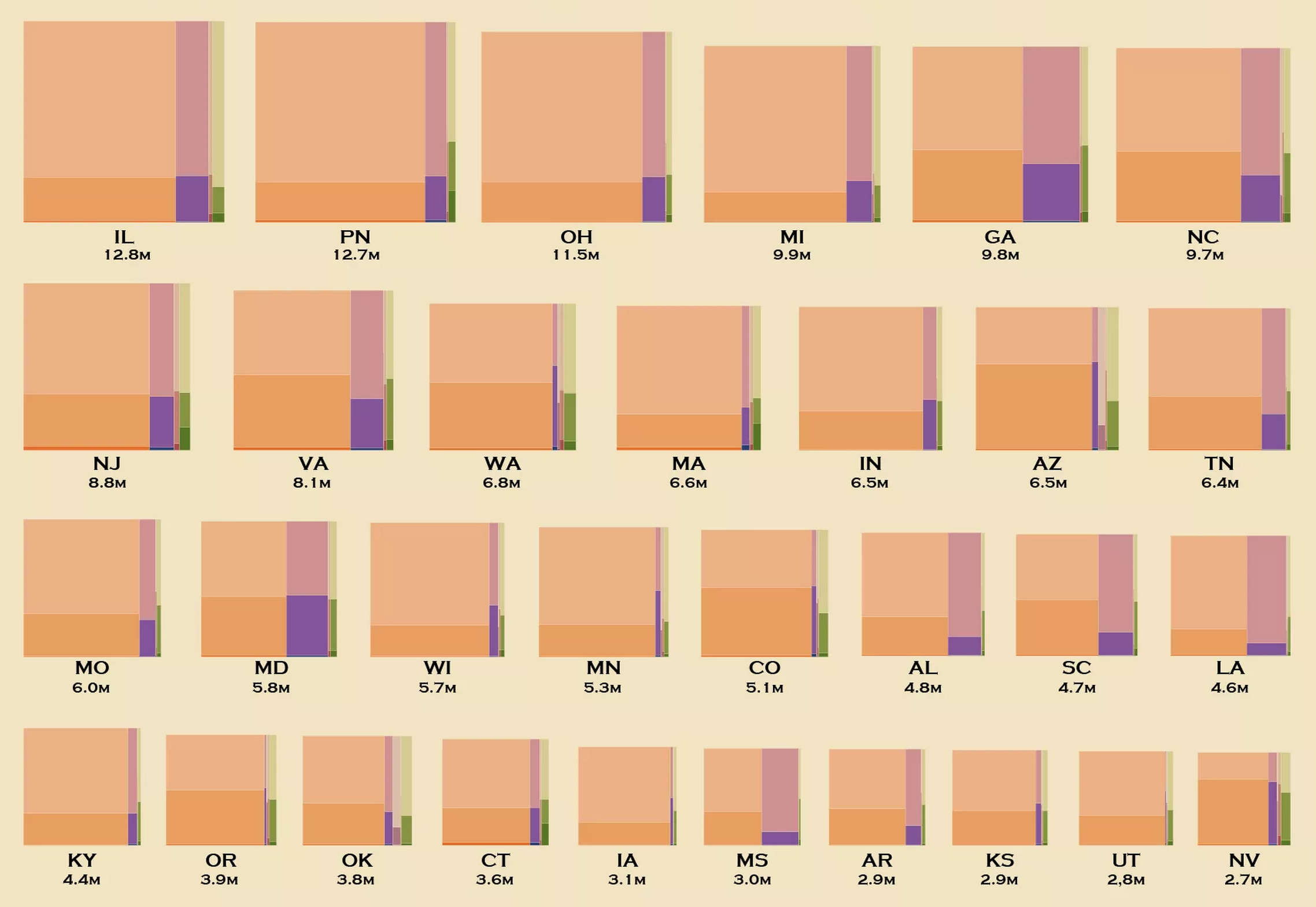 I already revived the first Statistical Atlas of the United States using modern data, going through each page and producing a more recent version. But it didn’t feel done yet. There’s a lot more data now than there was in 1870, and there’s a constant flow from various government organizations.

The United States continues to evolve, get better, and get worse.

So I kept going with it—in an effort to produce a more complete Statistical Atlas of the United States. There are a lot more maps and charts, searchable and browsable.

The plan is to update weekly, until all the data runs dry. This could be a while.

Want to keep the project going? I’d love if you became a supporting member. All of the graphics for the atlas are made in R (partly as a challenge to myself), and you’ll gain access to tutorials and a four-week course on how to do the same.

See where the atlas is at so far.