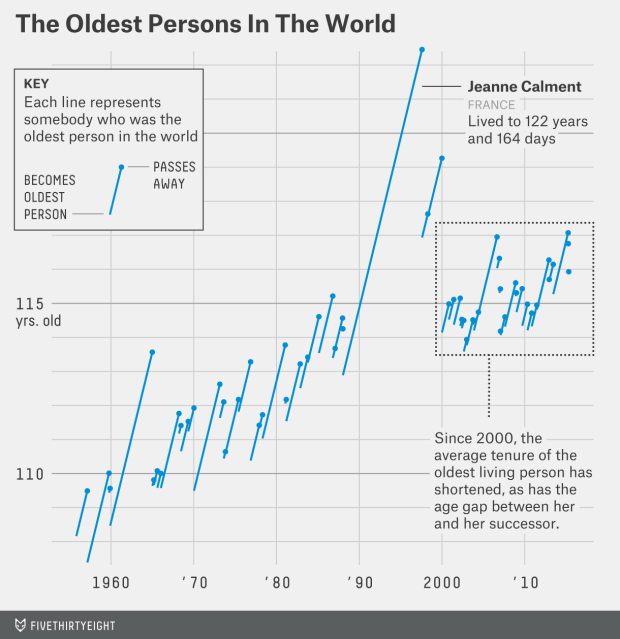 Gertrude Weaver, 116 years old, was the oldest person in the world for five days before she passed. These short tenures have grown more common in recent years. David Goldenberger for FiveThirtyEight looks at the tenure of previous record holders.