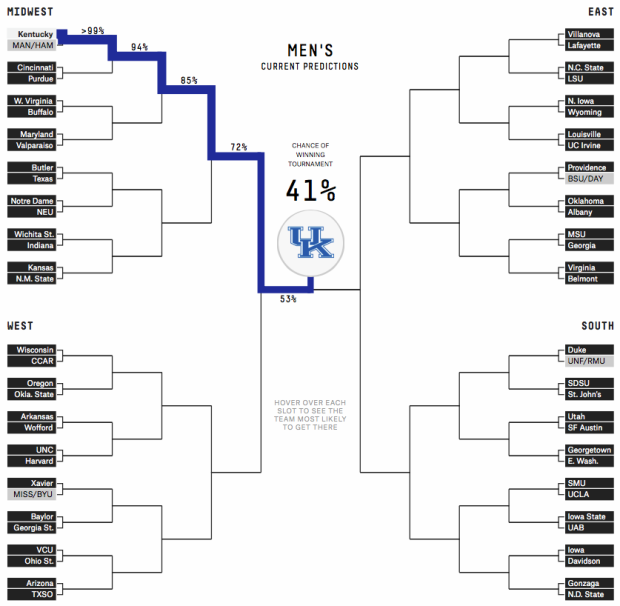 March Madness starts this week in the states, which means it’s time for bracket predictions and picks. It’s when everyone in the office puts in 20 bucks, makes their picks, and whoever knows the least about basketball wins. FiveThirtyEight has their predictions ready.

Like last year, their model estimates the probability that each team makes it through a round, and the probabilities update on each round. The University of Kentucky is a heavy favorite at a whopping 41 percent. So if memory serves me right, they’ll probably get upset in an early round.

A bracket and table interactive accompanies the predictions. I like that the most probable team highlights when you mouse over any part of the bracket.