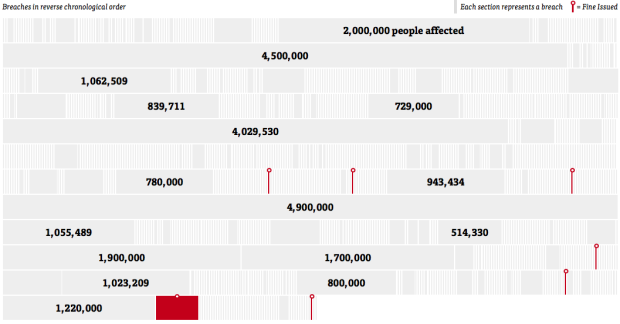 Sisi Wei and Charles Ornstein for ProPublica highlight reported data breaches to the U.S. Department of Health and Human Services that affected at least 500 people, since October 2009. Of the 1,142 reports, there were only seven fines.

When health data is lost and stolen, it’s a big deal. It’s not just email addresses or passwords that can be changed (although still significant). There are things about you and your body that only your doctor should know. So when there’s a breach of millions of records without much penalty it makes you wonder.