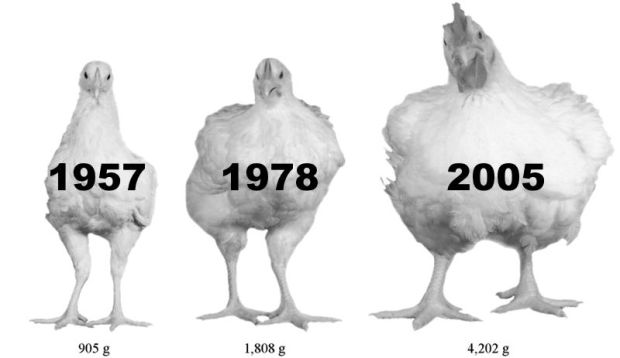 From Vox and research from Zuidhof et al., chickens are quite big these days.

When I was learning to cook, I’d follow recipes from my mom’s old cookbooks that she had when she was in college. One of my favorite dishes, steamed chicken with ginger and scallions, called for a three- to four-pound chicken. It totally screwed up my cooking times, and we ended up with many undercooked and overcooked chickens.