PhD gender gaps around the world 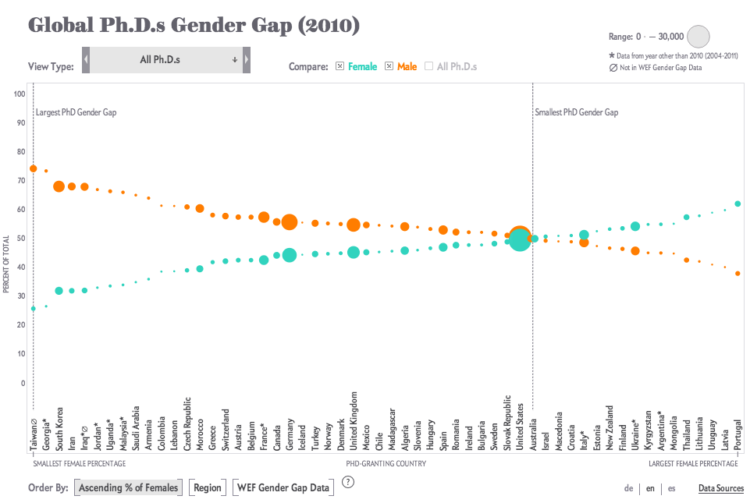 Periscopic, for Scientific American, visualized the number of PhDs awarded in various countries. You might expect men to be in high percentages and women to be in low, but it’s not always in that direction.

In the U.S., women are going to college and majoring in science and engineering fields in increasing numbers, yet here and around the world they remain underrepresented in the workforce. Comparative figures are hard to come by, but a disparity shows up in the number of Ph.D.s awarded to women and men. The chart here, assembled from data collected by the National Science Foundation, traces the gender gap at the doctoral level for 56 nations. The situation in individual countries varies widely, but as the numbers make clear, there are interesting exceptions to the global trend.

Each view shows a vertical dotted line to indicate where PhDs awarded are an even split between men and women. To the left of that dotted line shows where men earn more PhDs than women, and on the right, where women earn more than men.