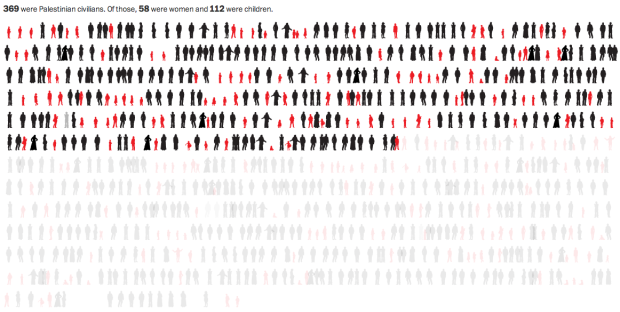 Similar to a previous piece on the death penalty in the United States, the icons provide more focus on individuals while maintaining a zoomed out view of the situation. However, this piece brings an interactive component that shows deaths over time and more information in tooltips on the mouseover.