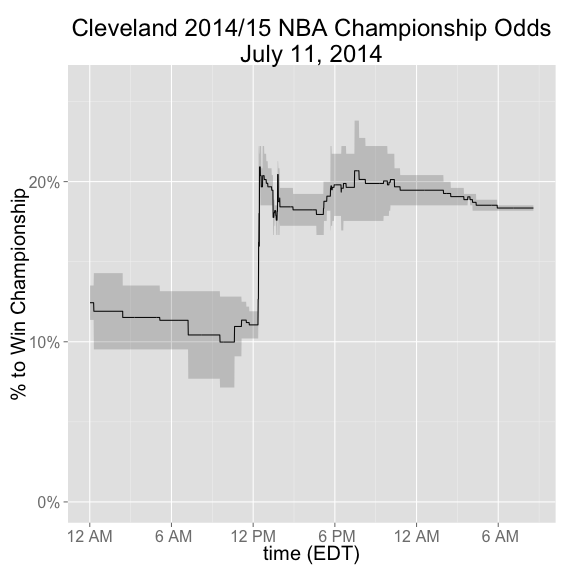 LeBron James decided to head back to Cleveland, so naturally the odds that they win the championship went up. Todd Schneider charted the betting odds as the announcement happened to see how much they went up.

Of course that 10% already had built in some likelihood that James would choose to play for the Cavaliers next season. Before Cleveland was considered a threat to land LeBron, their championship odds were around 2%, so the 10% Cleveland odds immediately before LeBron’s decision perhaps reflected market expectations that LeBron had a 50% chance of choosing Cleveland: 0.5 * 0.18 + 0.5 * 0.02 = 0.1

Houston, who was expected to pick up Chris Bosh if James went to Cleveland, also saw a spike during the announcement, but the odds quickly came back down once Bosh decided to re-sign with Miami.