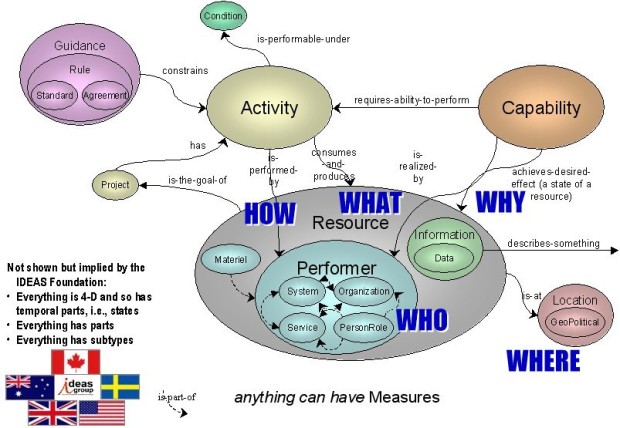 Paul Ford describes his fascination with military infographics. Here’s what he has to say about the graphic above:

Take some time with that graphic. After a while you realize that this image could be used anywhere in any paper or presentation and make perfect sense. This is a graphic that defines a way of describing anything that has ever existed and everything that has ever happened, in any situation. The United States Military is operating at a conceptual level beyond every other school of thought except perhaps academic philosophy, because it has a much larger budget.