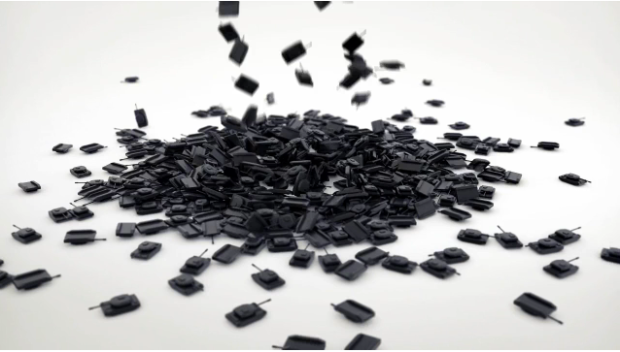 It’s no secret. The US military gets a lot of funding for manpower, weapons, equipment, security, so and so forth. Do you know how much money they’ll have received come end of this year? I could tell you how many billions of dollars they get, or go the other way, and contextualize it by telling you what you could buy with that money – like the number of mosquito nets or pounds of food for the homeless.

Moustache, a design and direction studio, goes with the context option in their short CGI video Softwar. Thousands of tanks are piled on top of each other to show just how much the military budget can buy.

The video supposedly shows the number of M1 Abram tanks you could theoretically buy with the same budget that of the US military. That would be 88,548 and $549 billion, respectively, at $6.2 million per tank.

Although the end pile doesn’t quite seem like 88k+ tanks, and Wikipedia quotes a $533.8b base budget – or a $663.8b total budget when counting “overseas contingency operations.” So the numbers seem a little off. Nevertheless, it’s an interesting watch and worth the two minutes.