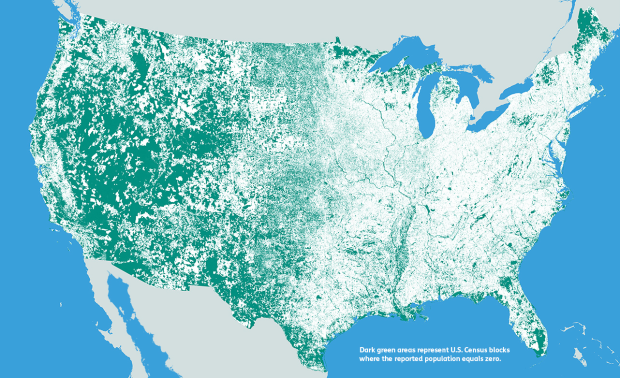 We’ve seen the map of where everyone lives. Now here’s the reverse of that by Nik Freeman: where nobody lives in the United States.

A Block is the smallest area unit used by the U.S. Census Bureau for tabulating statistics. As of the 2010 census, the United States consists of 11,078,300 Census Blocks. Of them, 4,871,270 blocks totaling 4.61 million square kilometers were reported to have no population living inside them. Despite having a population of more than 310 million people, 47 percent of the USA remains unoccupied.

See also Stephen Von Worley’s map from a couple years ago, which shows blocks in the US with only one person per square mile.