If the world lived in a single city 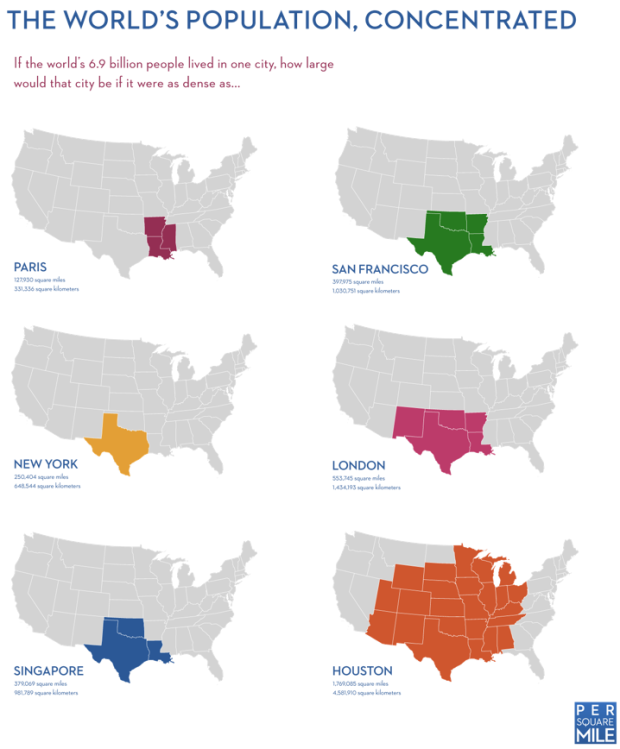 World population is estimated to be 6.9 billion people, and while that is a lot of people, it suddenly doesn’t seem like that much in these maps by Tim De Chant of Per Square Mile. Simply imagine that the world lived with the same density of a real city, and see how much area they take up. If we all lived like they do in San Francisco (space-wise), we’d take up just under 398k square miles, or rather, only four states. Same density as New York? We’d all fit in Texas.