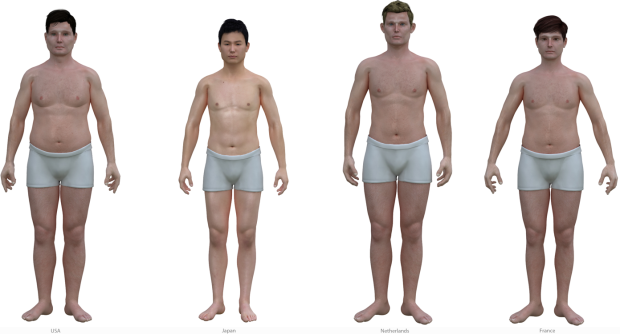 Though in his face this reads lonesome, Todd does have three international guyfriends. They met at a convention for people with perfectly average bodies, where each won the award for most average body in their respective country: U.S., Japan, Netherlands, and France. The others’ BMIs, based on data from each country’s national health centers, are 23.7, 25.2, and 25.6.

I named them all Todd, actually, even though it could be confusing, because not everyone’s name is a testament to their cultural heritage.