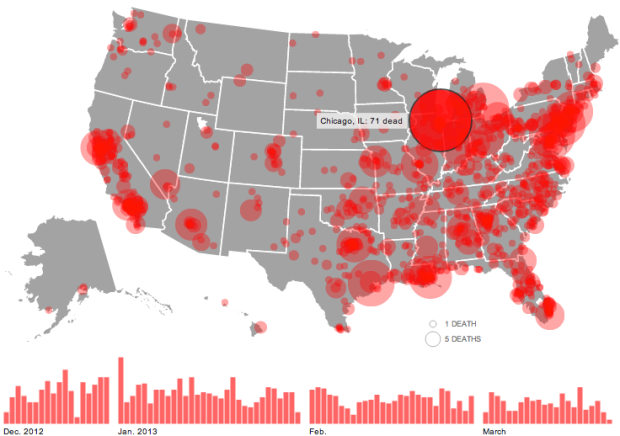 The shooting at Sandy Hook Elementary School was horrible, but there have been thousands of gun deaths since. Huffington Post is mapping them.

Circles represent the number of deaths in a city, and the larger a circle the higher the count. A bar chart on the bottom shows the data over time and serves as a navigation device. Click on a day or a location, and the names of victims appear on the right with a link to the related news story.

See also: Periscopic’s work on the topic, which now has filters and is updated in real-time.

Also: episodes 487 and 488 of This American Life, which focus on Harper High School in Chicago, where gang violence is a daily concern.