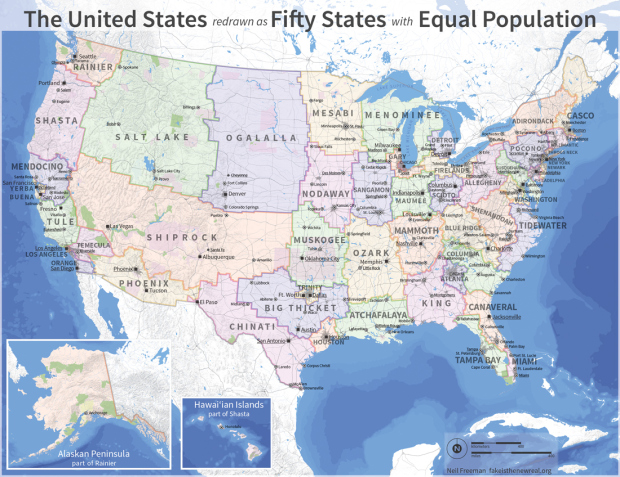 Neil Freeman reimagined state boundary lines based on population. He started with an algorithm and the fifty largest cities, considered proximity, urban area, and commuting patterns, and then hand-tweaked boundary lines and shapes. The state names are mostly centered around geographic features (although I would have opted for ones based on dating profiles).

“Keep in mind that this is an art project, not a serious proposal, so take it easy with the emails about the sacred soil of Texas.” [via kottke | Thanks, Mickey]