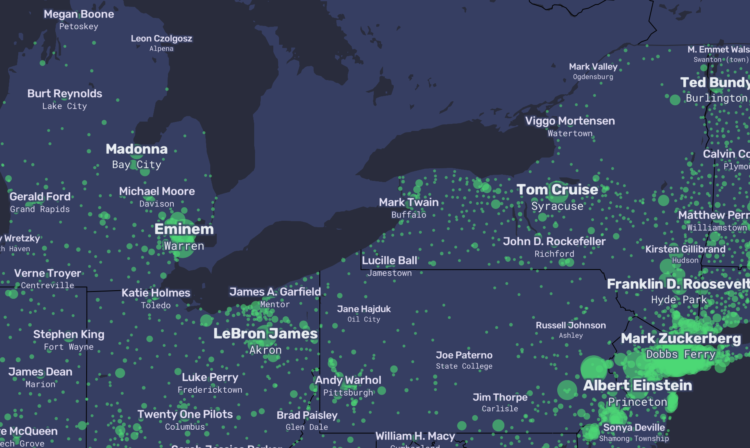 For The Pudding, Matt Daniels and Russell Goldenberg used Wikipedia pageviews to replace city names with each city’s most popular resident:

Person/city associations were based on the thousands of “People from X city” pages on Wikipedia. The top person from each city was determined by using median pageviews (with a minimum of 1 year of traffic). We chose to include multiple occurrences for a single person because there is both no way to determine which is more accurate and people can “be from” multiple places.

So you end up with LeBron James for Akron, Barack Obama for Chicago, etc.

See also the (non-data-driven) USA song map, which inspired this one. My favorite in this map genre is the series from R. Luke DuBois, who used online dating profiles to replace city names with the most unique personal qualities.