How we describe ourselves, according to online dating profiles 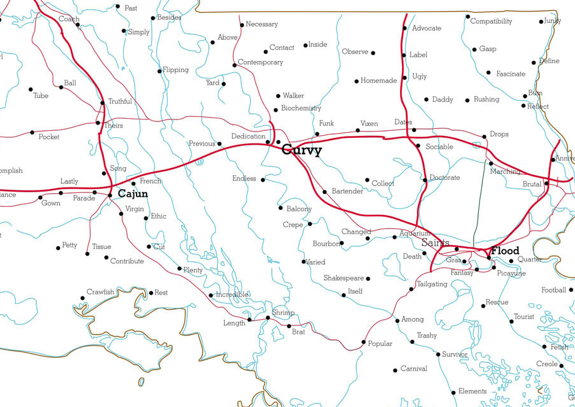 The traditional way to gauge who we are as a country, state, or city is to turn to Census data for population, salaries, and family size. Many interesting stories can come from this data and it’s indispensable in making country-wide decisions and policies, but it only glosses the surface. Census data doesn’t so much tell us who we are than it tells what we are. Media artist Roger Luke DuBois takes a different type of census — from online dating profiles — called A More Perfect Union.

I joined twenty-one dating sites in order to make my own census of the United States in 2010. These are my findings: a road atlas of the United States, with the names of cities, towns, and neighborhoods replaced with the words people use to describe themselves and those they want to be with.

In each state map, city names are replaced with words most used by each city, relative to all other cities. So each city gets a unique word associated with it. The above, for example, is the bottom portion of Louisiana. Cajun. Curvy. Flood.

Below is a map of southern California, and right on cue: actor, director, television, and entertainment. 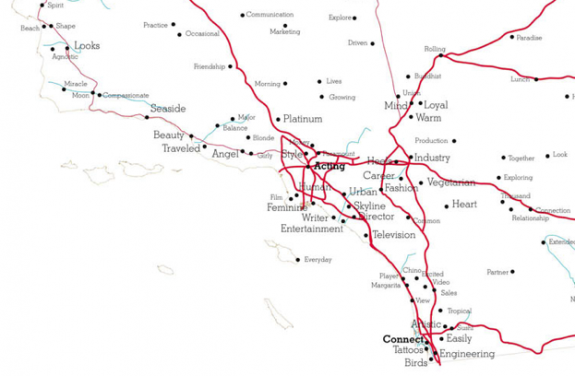 Here’s one more shot of New York. Assembly and dinosaur. Yeah… can someone explain that one to me? 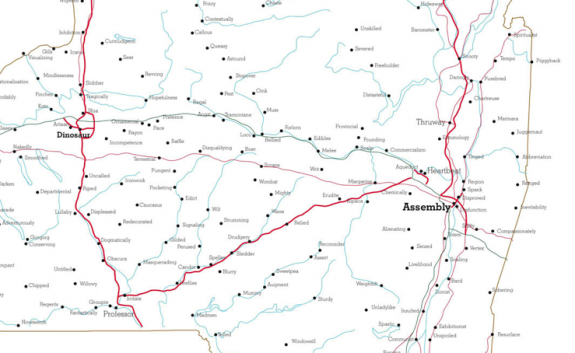 See the rest of the series here, which also includes county maps of sexiness, virginity, and shyness. And a short explanation from DuBois in the video below.

[A More Perfect Union | Thanks, @peterbehr]