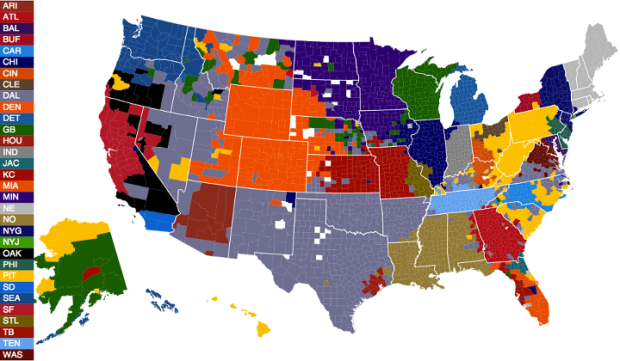 As the Super Bowl draws near, Facebook took a look at football fandom across the country.

The National Football League is one of the most popular sports in America with some incredibly devoted fans. At Facebook we have about 35 million account holders in the United States who have Liked a page for one of the 32 teams in the league, representing one of the most comprehensive samples of sports fanship ever collected. Put another way, more than 1 in 10 Americans have declared their support for an NFL team on Facebook.

It’s a fairly straightforward geographic breakdown based on the most liked team in each county, as shown above. So you can kind of see where rivalries come from.

Then when you only look at this year’s Super Bowl contenders — the 49ers and the Ravens — you see an expected East and West split. Although it looks like there’s a lot of 49ers liking in the Northeast. Or maybe that’s more about Baltimore Ravens hate. 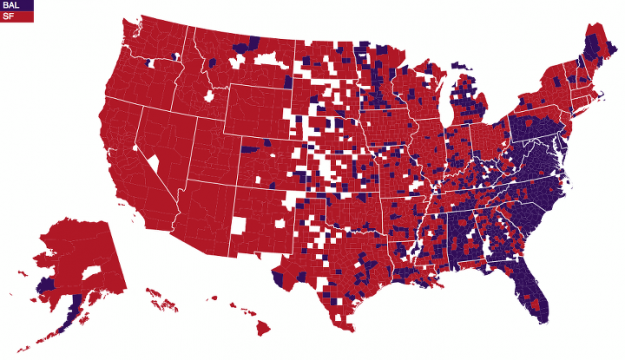