Judging connectedness of American communities, based on Facebook friendships 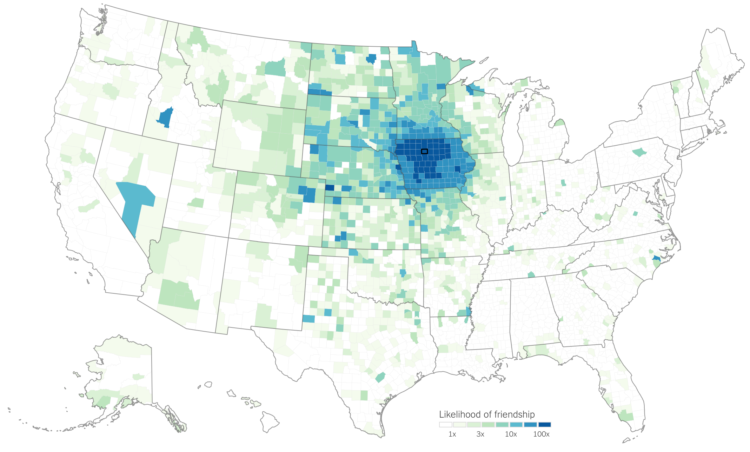 We talk about geographic bubbles a lot these days. Some areas are isolated, in their own bubble. Other areas seem more connected. Emily Badger and Quoctrung Bui for The Upshot looked at this geographic connectedness through the lens of Facebook friendships.

In the millions of ties on Facebook that connect relatives, co-workers, classmates and friends, Americans are far more likely to know people nearby than in distant communities that share their politics or mirror their demographics. The dominant picture in data analyzed by economists at Facebook, Harvard, Princeton and New York University is not that like-minded places are linked; rather, people in counties close to one another are.

There are two main parts to the piece. The first one is a county map that you can mouse over to see the likelihood of friendship with those in other counties. The second part imagines a country split up into regions based on Facebook connections. Be sure to catch them both.