Words used at the National Conventions 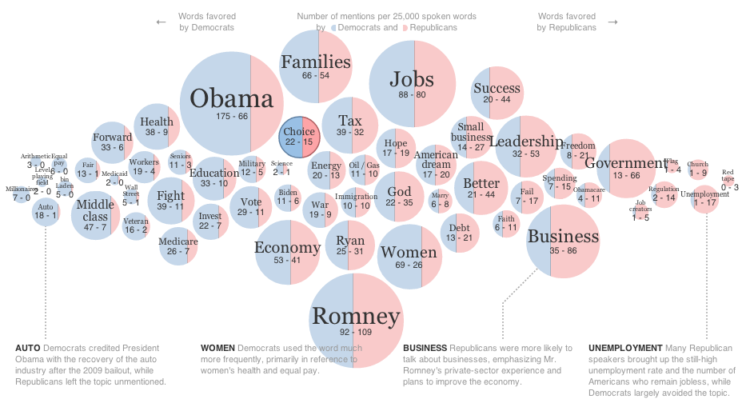 The elections season is in full swing, and the New York Times graphics department ramps up its election coverage. With newly hired Mike Bostock teamed up with the Times’ interaction guy, Shan Carter, I’m sure we’re in for some interesting work.

Each bubble represents a word, and the bigger the bubble the more often it was used. The blue and red split compares word usage of Democrats and Republicans, respectively, and bubbles are arranged horizontally left to right, from words favored by Democrats to those favored by Republicans. For example, “forward” is far to the left, and “fail” is far to the right.

While the visual provides a sense of what was talked about, the best part is that the visualization is an interface into the transcripts. When you click on a word, quotes that use that word are shown, so you can see what was actually said alongside keywords. Plus, you can enter your own word or phrase, and a new bubble is placed accordingly with the corresponding text on the bottom. 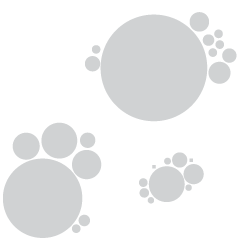