Vector paths of meaning between words and phrases 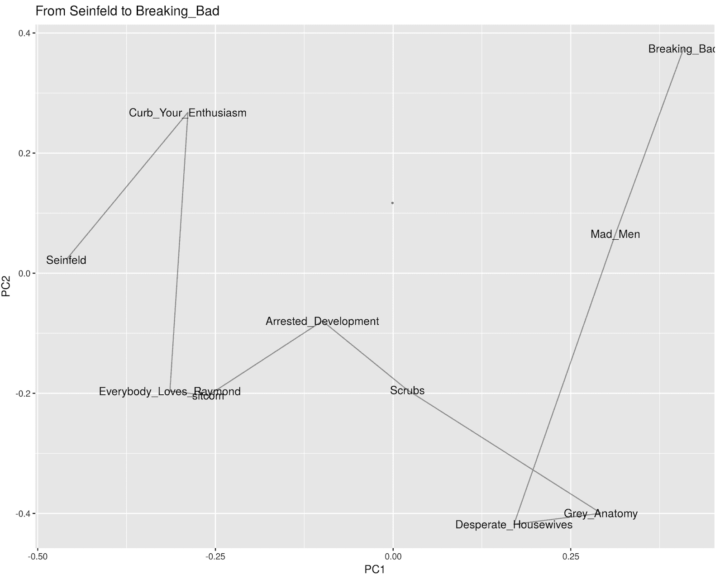 Benjamin Schmidt, an assistant professor of history at Northeastern University, explored the space between words and drew the paths to get from one word to another. The above, for example, is the path between Seinfeld and Breaking Bad. Using Google News as the corpus, the steps:

See also: the Google arts experiment that motivated this one.