A year of global cloud coverage 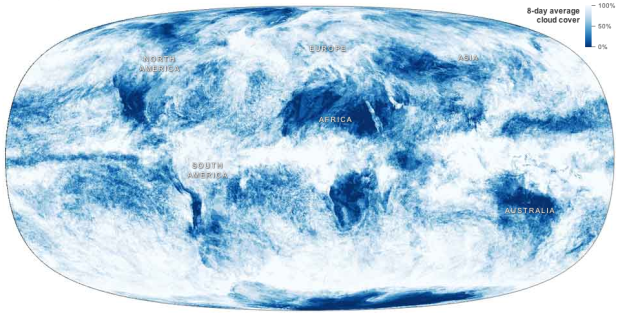 At any moment, about 60 percent of the earth is covered by clouds, which have a huge influence on the climate. An animated map showing a year of cloud cover suggests the outlines of continents because land and ocean features influence cloud patterns.

So if I’m understanding it right, the continent boundaries come straight from the cloud data, provided by NASA Earth Observations. No lines are drawn underneath, which is kinda awesome. [via @datapointed]