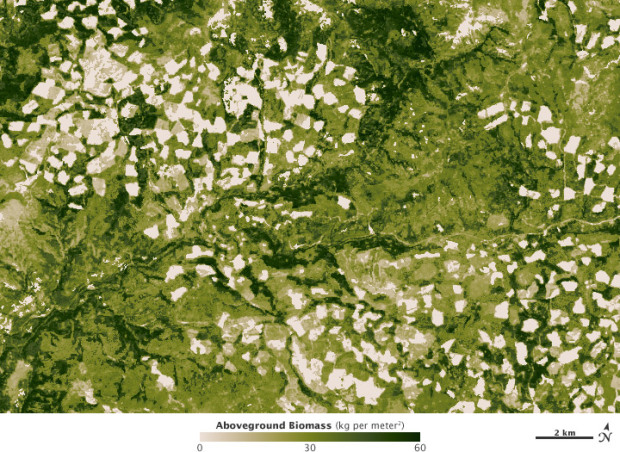 In 2010, NASA released a map that shows world forest heights. Robert Simmon, using data from The Woods Hole Research Center, has produced an even higher resolution map, down to the management scale:

In the end, the research team was able to construct a map with higher resolution and more precise detail than any large-scale map of forest biomass ever made. The map reveals the checkerboard patterns of logging in the old growth of the Pacific Northwest and the highly managed tree farms of the Southeast. In the Midwest, trees outline the rivers and the edges between farms, while forests re-emerge on land that was once cleared for crops. In the Mid-Atlantic and New England, lands that were stripped bare in the early years of the nation are now tree-covered again—though with many urban developments amidst the forest.