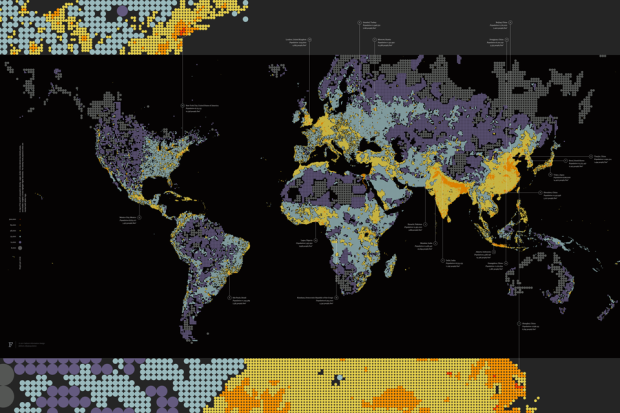 While we’ve seen population density mapped, both directly and indirectly, the circle approach adds a different aesthetic that seems to add something about what it’s like to live somewhere. Compare to a broader country-level map or one that uses only color. Doesn’t this version feel like more? 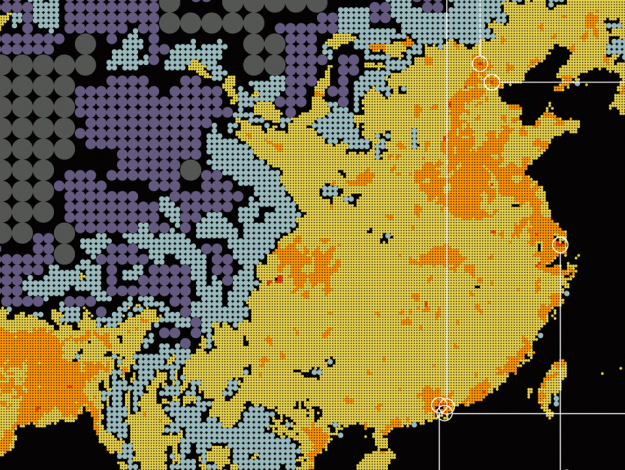 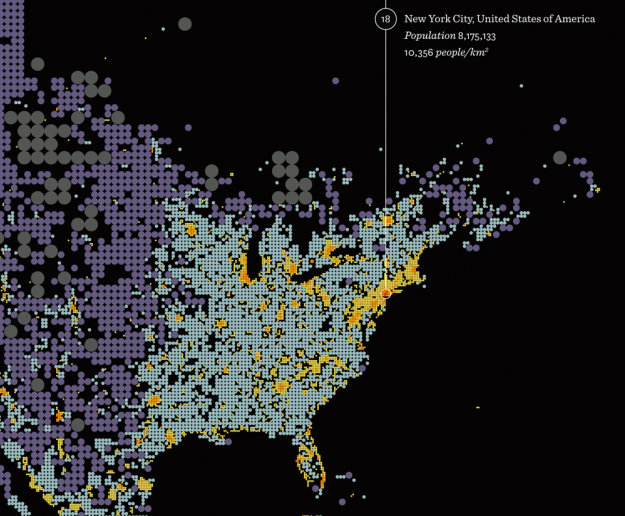