7 billion people in the world: past, present and future 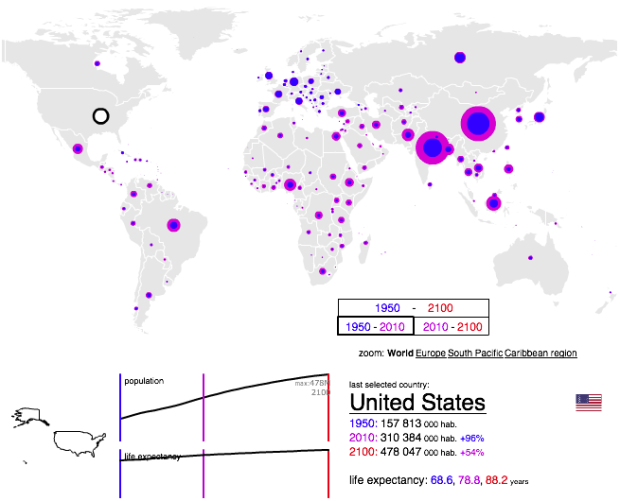 According to estimates from the United Nations Population Division, there are now over seven billion people in the world. That’s enough people to fill, like, an entire room. Yeah. Visualization firm Bestiario, for The Guardian, shows this growth by country, using their home-brewed visual programming language, Impure.

There are a few options to play with. You can click on the bubble for a country to see the time series on the bottom for population from 1950 to 2010, through a projected 2100 population. Life expectancy for the same range is also shown. To compare geographically, you can also choose the year filters in the bottom right to compare, say, population in 1950 to that of 2010.

India and China of course pop out in that range, whereas many African populations are expected to increase a lot, percentage-wise, during the next century.