Public opinion of the Occupy movement 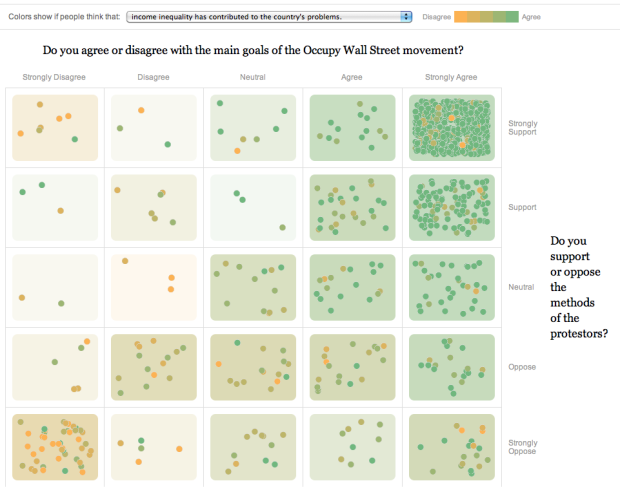 To get a gauge of public opinion and the Occupy movement, The New York Times asked readers what they they thought, placing their comments on a two-axis grid ranging from strongly disagree/oppose to strongly agree/support.

On the horizontal: “Do you agree or disagree with the main goals of the Occupy Wall Street movement?” On the vertical: “Do you support or oppose the methods of the protestors?” So comments on the top right are those who strongly agree with the goals of the movement and strongly approve of protestors’ methods. You can also color the dots and grid spots based on a range of disagree to agree for statements such as “Income inequality has contributed to the country’s problems.”

Then to bring it home, comments are listed on the bottom with a small grid showing where that person selected. Put it all together and it’s way more useful than just open threads elsewhere.