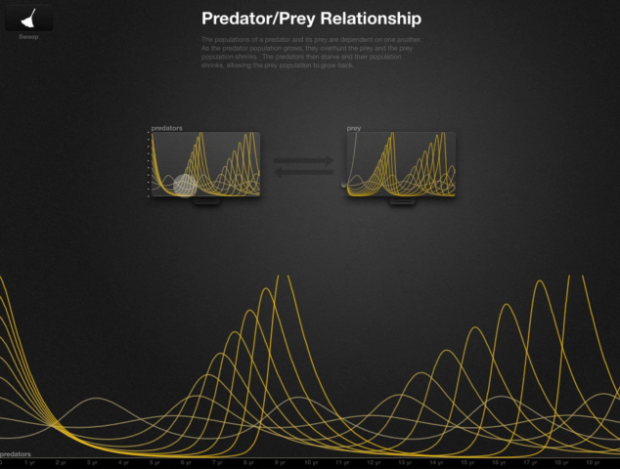 After a certain point in math education, like some time during high school, the relevance of the concepts to the everyday and the real world seem to fade. However, in many ways, math lets you describe real life better than you can with just words. Designer Bret Victor hopes to make the abstract and conceptual to real and concrete with Kill Math.

Kill Math is my umbrella project for techniques that enable people to model and solve meaningful problems of quantity using concrete representations and intuition-guided exploration. In the long term, I hope to develop a widely-usable, insight-generating alternative to symbolic math.

As part of the early project, Victor developed a prototype interface on the iPad to help you understand dynamical systems. It probably sounds boring to you, but the video and explanation will change your mind:

Statistics has the same problem with concepts, and is one of the main reasons why people hate it so much. They learn about curves, hypothesis tests, and distribution tables, and the takeaway is that there are some equations that you plug numbers into. Sad. Of course there are plenty of people working on that, but there’s still a ways to go.