National Broadband Map shows how connected your community is 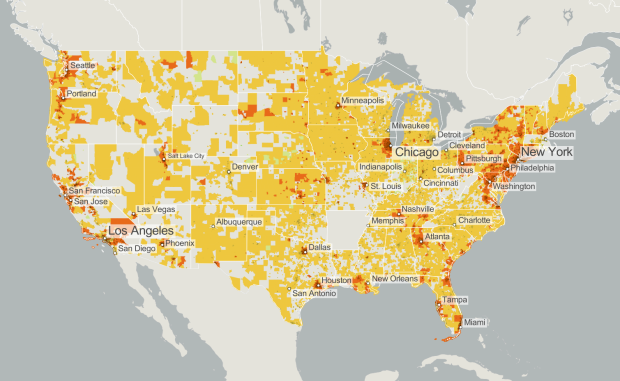 To encourage the integration of broadband and information technology into local economies, the National Telecommunications and Information Administration (with some help from Stamen) now provides an exploratory tool for broadband in your community:

The National Broadband Map (NBM) is a searchable and interactive website that allows users to view broadband availability across every neighborhood in the United States. The NBM was created by the National Telecommunications and Information Administration (NTIA), in collaboration with the Federal Communications Commission (FCC), and in partnership with 50 states, five territories and the District of Columbia. The NBM is a project of NTIA’s State Broadband Initiative. The NBM will be updated approximately every six months and was first published on February 17, 2011.

There’s a lot of data to look at, but you can search for the city or zipcode that you’re interested in, and get information on what’s available, as shown below. You can also see how your city compares to other locations in the country. 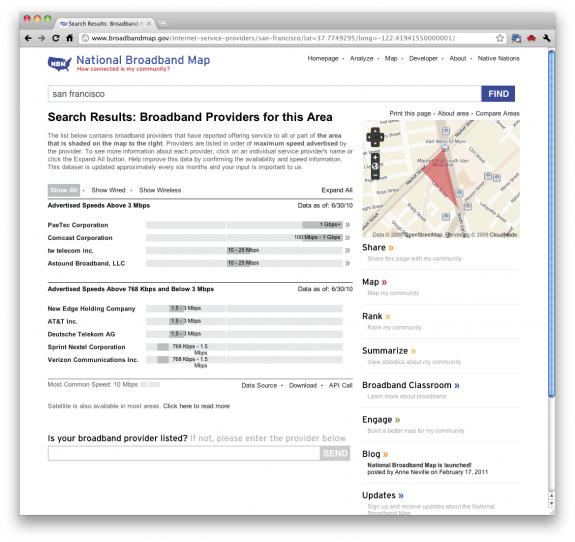 The site is still kind of clunky, partially because they seem to be getting hit hard with traffic right now, but this is leaps and bounds better than most government sites. It’s easier to navigate, provides a lot of information, and lets you explore what you want relatively quickly. Your turn, Census Bureau.

Update: By the way, there’s also a developer section, but it blanks out on me when I load it. Looking at the source, it seems there are some APIs available, but I really don’t want to read documentation via source code right now.