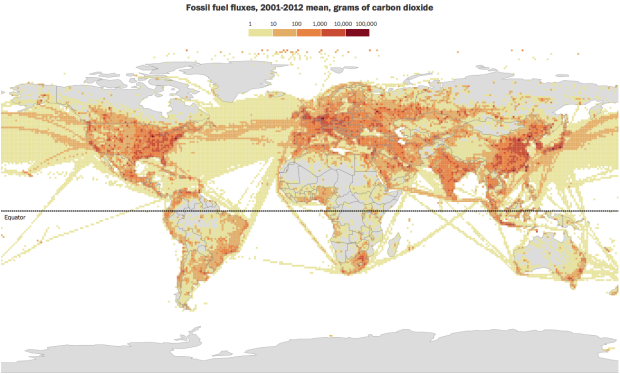 As Elliot notes, “Mapping fossil fuel carbon dioxide emissions is a lot like mapping population density, because the source of this type of greenhouse gas is caused by human activity and infrastructure.” So you can put away that xkcd comic on population density. But check out the shipping routes coming through in the ocean. Pretty neat.