Map of scientific collaboration between researchers 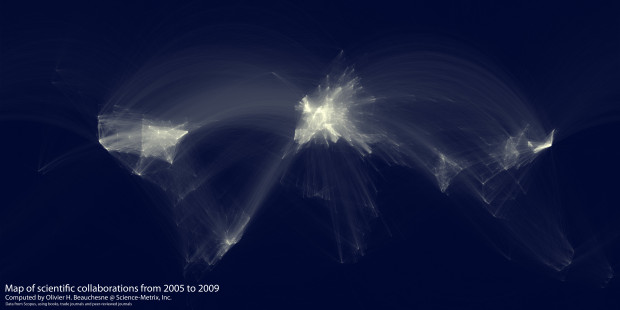 In the spirit of the well-circulated Facebook friendship map by Paul Butler, research analyst Olivier Beauchesne at Science-Metrix examines scientific collaboration around the world from 2005 to 2009:

From an extensive database of academic citations:

After that, Beauchesne used a similar mapping scheme that Butler used, and behold the results above. The brighter the lines, the more collaborations between a pair of universities.

There doesn’t seem to be much going on in places outside of the United States and Europe, but I wonder if that’s because of a limited dataset or really because there’s little collaboration in those areas. I suspect the former. Still very cool though.

Here’s the collaboration going on in Europe: 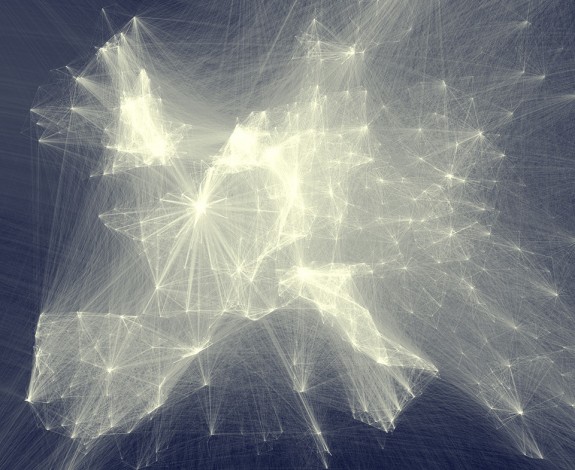 And here it is zoomed in on the United States:

Check out the high-resolution version here.