Filling in the black holes of the Facebook friendship map 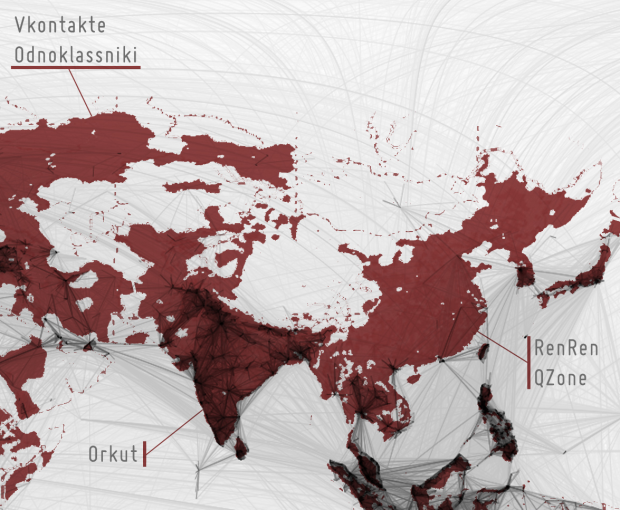 While it was fun looking at the worldwide connections on Facebook, I thought it was more interesting to look at the places where there were very few connections, where it looked pretty dark on Paul Butler’s map. Some commented that was just a product of no people in those areas. Where there’s no people, there’s obviously no Facebook. This is true in many areas, but not all them.

Thorsten Gaetz adds some context, by mapping areas in the world where there are more than two people per square mile (colored red). Then he overlaid a grayscaled version of the original network connections. What you get is a view of where social networks other than Facebook like Orkut and RenRen lead the market.