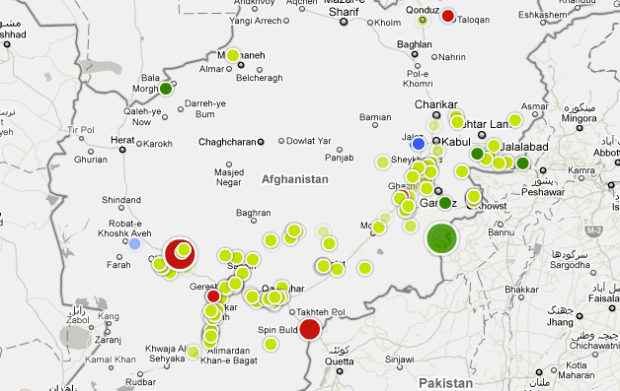 This past Sunday, well-known whistle-blower site Wikileaks released over 91,000 secret US military reports, covering the war in Afghanistan. Each report contains the time, geographic location, and details of an event the US military thought was important enough to put on paper.

The Afghan War Diary is the most significant archive about the reality of war to have ever been released during the course of a war. The deaths of tens of thousands is normally only a statistic but the archive reveals the locations and the key events behind each most of these deaths. We hope its release will lead to a comprehensive understanding of the war in Afghanistan and provide the raw ingredients necessary to change its course.

The Guardian has mapped the data in both an interactive (above) and a graphic (below). The interactive is particularly interesting as it lets you move through time, from 2004 to 2010. Circles, sized by number of people killed and colored by who most of those people were, appear on the map as events occur.

Use the slider to move back and forth through time or press start to see six years of incidents play out. Filters in the top right let you focus on provided categories.

The Guardian group definitely upped their game for this important dataset. Download the processed data from the Guardian, or grab the entire raw set from Wikileaks. 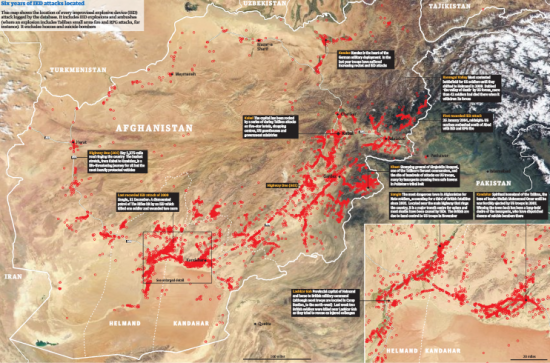