What America spends on food and drink

How much more (or less) money do you spend on groceries than you do on dining out? How does it compare to how others spend? Bundle, a new online destination that aims to describe how we spend money, takes a look at the grocery-dining out breakdown in major cities. The average household in Austin spends the most money on food per year, period. Atlanta has the highest skew towards spending on dining out at 57%. The US average is 37%.

Of course, before you jump to any conclusions about what city has the fattest citizens, there are plenty of other factors to consider like cost of living or how fit a city is as a whole. Maybe a city just happens to exercise a lot (so they eat more to compensate for lost calories) and the cost of living is high (so meals are more expensive). Put that aside for a second though, and there is one simple truth: “The more we spend, the more we like caviar.”

The data reflects, generally, what we already suspect about our own behavior: How much we spend on food — like how much we spend on anything — is most directly a result of how much money we have. People making $40,000 to $50,000 spent $5,560 on food in 2009. People making more than $125,000 spent $12,655 — more than double. Did they buy twice as much food? Not likely, says Hayden Stewart, an economist at the US Department of Agriculture: they buy more expensive food. “Better cuts of meat, more organic foods, more gourmet or prepared foods — they all cost more, and when people have the money, they’re often willing to pay.”

Conversely, this would explain why Detroit, who we know has had economic hardships lately, is at the very bottom. You can’t spend money you don’t have.

Read more about the analysis and methodology here.

Where does your city rank? 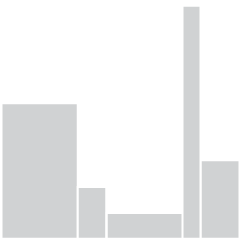