Is Jeff Bridges most likely to win best actor? 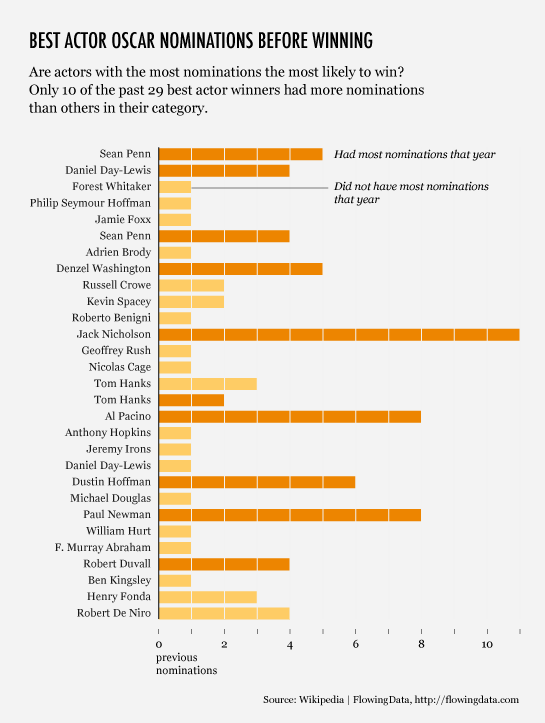 There’s this article on CNN, from The Frisky, that has this little theory about who is most likely to win the Oscar for best actor:

[T]he Oscar generally goes to the dude who has the most best actor and best supporting nominations under his belt already.

That seemed like a curious statement. Didn’t Forest Whitaker, Philip Seymour Hoffman, and Jaimie Foxx recently win on their first nominations for the coveted award? Okay, so Hoffman was actually up against a bunch of other newbies, but what about the rest?

Only 10 out of the past 29 winners, or just over a third, had the most nominations their year. Take a look at the data since 1980. Is the theory valid? You decide.

Of course when Jeff Bridges wins tonight, the theory authors will declare victory, but oh well.